STORYge room
The story of Maria Foss
How female archaeologist became two-time defender of the North
1944, Moscow. The Institute for the History of Material Culture is hosting a PhD thesis defense. Attached to the black chalkboard is the map of the northern part of Russia. The area surrounding the blue oval of the lake (Lake Kenozero) is marked with dots and red flags. Behind the low lectern stands a dark-haired woman with a kind, tired face. Sitting in front of her are the board of archaeologists. They are listening intently as she speaks, some nodding, others turning their eyes upward.

There is no sign on the lectern to tell the name of the presenter and the academic status she aspires. It's not there because it is an in-house defense. 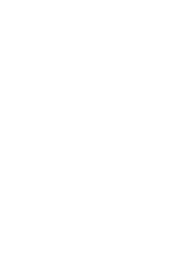 Maria Foss
It couldn't be public. Everyone in the room know the presenter, Maria Evgenievna Foss, who already defended her thesis four years ago, behind this same lectern and with the exactly the same map on the board. This woman already earned her degree and she earned it brilliantly!

... Back then, in 1940, everything was different. The audience didn't keep silent like today but asked question after question. Maria Foss, one of the pioneering archaeologists in the Soviet Union, was supervised by Gorodtsov himself. An art enthusiast, she spent a few years excavating in the northern part of Russia. There were people who were skeptical about the topic of her research. What scientific value can it have? We've got the area of Kenozero explored by Vsevolod Miller back in the 19th century – the boring Middle Stone Age findings, the nuclei that are hardly to inspire any interest. The best archaeologists are turning south.

"The North is undervalued and has yet to show its worth," Maria Foss kept saying softly and spent summer after summer in Arkhangelsk countryside.
Foss had with her the results of diggings conducted in 1870 by archaeologist Polyakov. The dozens of the early man sites and Neolithic finds he discovered were, frustratingly, left unexplored.

In 1940, her thesis attracted the attention of all Moscow-based experts in Neolithic and Mesolithic archaeology.

"The Neolithic finds and early man sites discovered near the lakes of Kenozero, Lacha and Vozhe enable a conclusion that there existed a culture we can call Kargopol," the short, dark-haired woman behind the low lectern said confidently. That defense ended in triumph.

... And then there was the war. Maria's academic title was revoked in 1943 because of her German descent and the fact that her father had been executed by shooting in 1938. Threat loomed over the future exploration of the archaeological culture of Kargopol.

But, Foss didn't give up. Here she stands again behind the lectern defending her hypothesis that northern riverine territories including Kenozero were full of life in Mesolithic and Neolithic eras.

Maria Foss published her lifelong research in 1952 in "The Early History of the Northern Areas of the European Part of the USSR." The review to this monograph was written by renowned archaeologist Marija Gimbutas of Harvard. In the subsequent year, Maria Foss earned the title of full professor. She passed away in 1955.

If God has a department in heaven for great scientists, then the sensational news would have reached it, too, no doubt: the 2019 archeological expedition to Kenozero National Park, that lasted for one month and was led by Alexander Martynov, has discovered nearly 8,000 artefacts near the village of Kositsyna, one being the flint figure of a man. Archaeologists have thus confirmed that man inhabited the Kenozero area as early as the 9th millennium BC! Here lies Arkhangelsk Province's most ancient cultural stratum.
The minstrel (the name given to the flint figure) will be exhibited in Kenozero National Park's museum, while many other finds will be covered in the scientific papers to follow after the expedition.

"This feeling that you get when you realize you are the first to see an artefact that has been lying in the ground for thousands of years, is simply incomparable," archaeologist Antonina Bunyak told reporters.

... and Maria Foss would definitely agree with her. 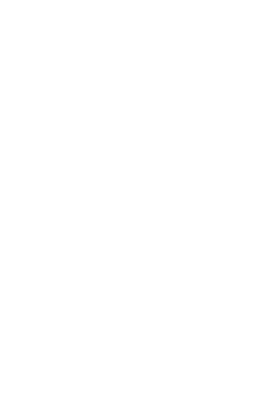